​Atletico Madrid forward Angel Correa has signed a new contract keeping him at the Wanda Metropolitano until 2024.

The Argentinean joined Atletico from San Lorenzo in 2014 and has since made 147 appearances for the Spanish club, scoring 26 goals.

“I am proud that the club continues to trust me and I cancontinue to grow as a footballer here,” Correa told​Atletico’s official website.

“That means I’m doing things well, but I have to keep working, improving and growing in this club, where I’m very happy.

“I am very grateful to the club for the confidence placed in me, we have a great team and a great technical team and if we all work together in the same direction, I think we are going to have a great campaign. 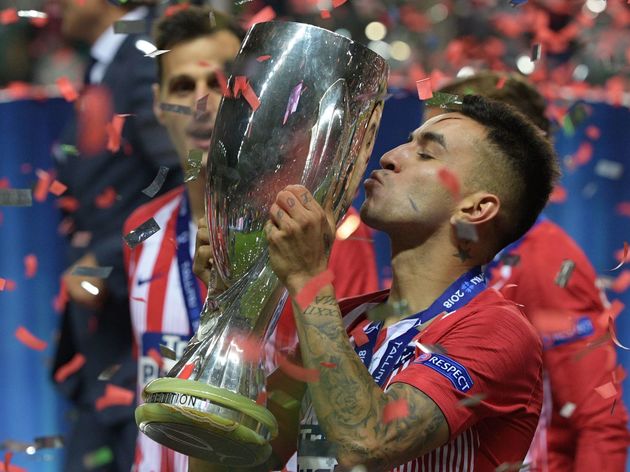 “I feel the affection of the people and that makes me very happy, it encourages me to keep improving day by day.”

Just a month after agreeing to join​Atleticoin May 2014, Correa was diagnosed with a heart tumour and had to take six months off. It wasn’tuntil August 2015 that hefinally made his debut for Los Rojiblancos against Las Palmas.

He was often a substitute that season and the year after but became a more regular starter last season and played a role in helping Atletico to win the Europa League, playing 88 minutes in the final against Marseille.